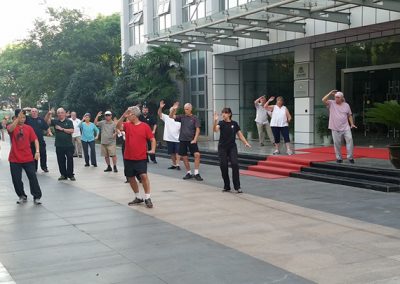 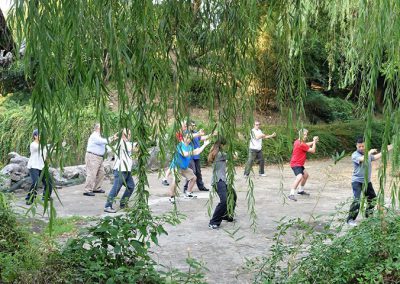 Another lovely garden for early morning practice. Don’t look at my form. I was trying to follow along with the Chen Form folks. 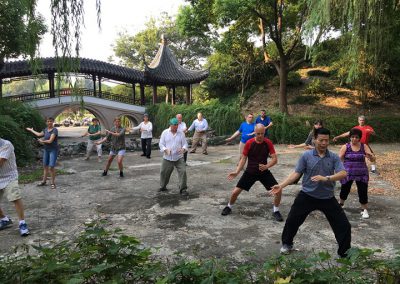 The parks were an excellent place to practice early in the morning. 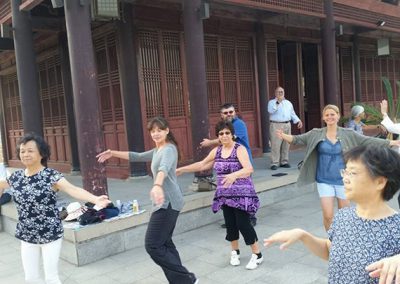 These ladies had their own music and were doing their version of Chinese dancing. They were happy to show us their moves and eager to let us know they were all over 70 and came every day. 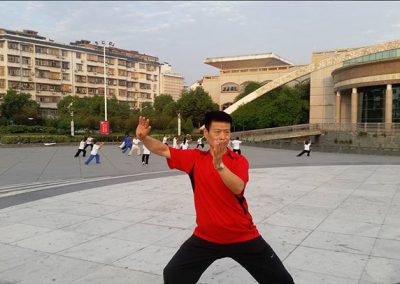 Jesse in the plaza 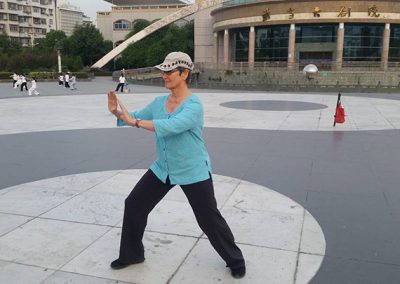 Judy Fey shows her stuff in the plaza. Note that she is standing on a 30-yard wide yin yang symbol in the middle of the plaza. 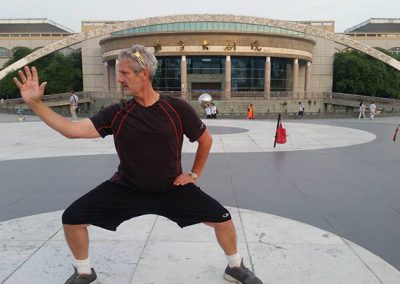 Dirk poses while the sword guy works out in the background. I was intrigued by his portable tripod to hold up the sword scabbard. 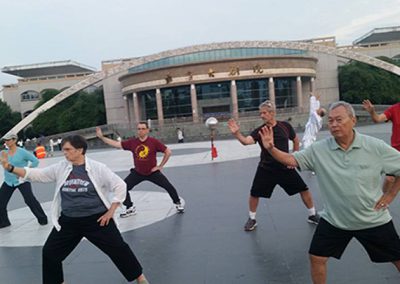 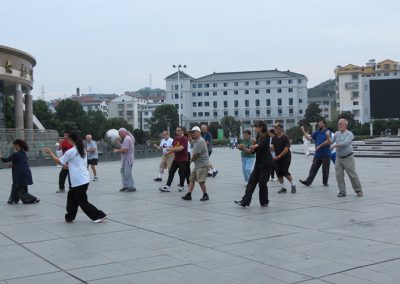 We misinterpret the Wu Dang Short Form once again. 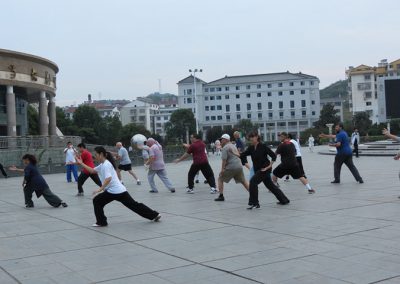 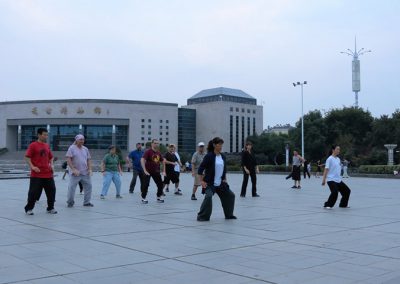 We try to follow along with the Wu Dang short form 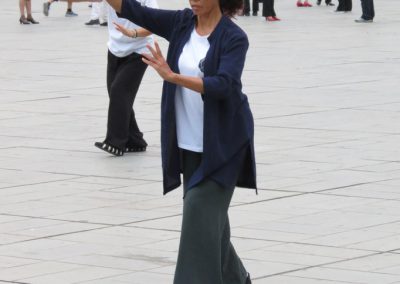 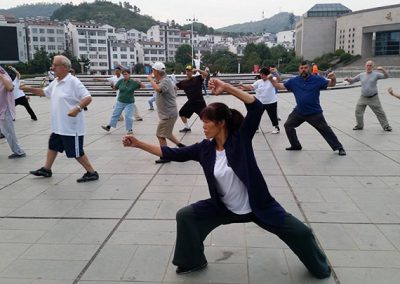 Bend the Bow to Shoot the Tiger 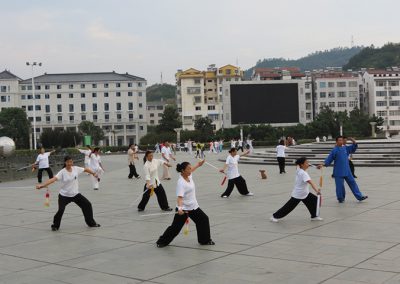 Class sword form practice. I thought they were pretty good! 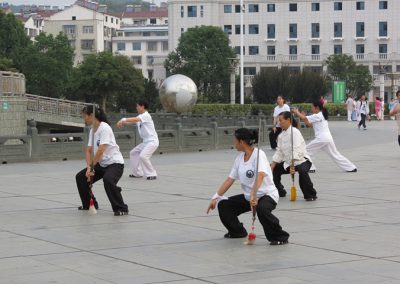 The two classes pose together (with the dog, of course) 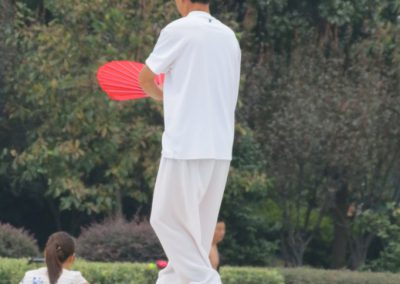 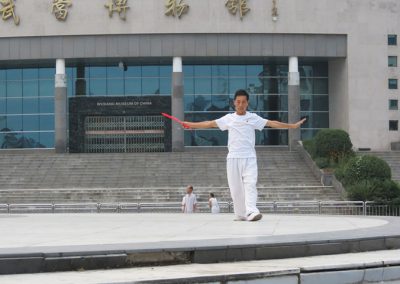 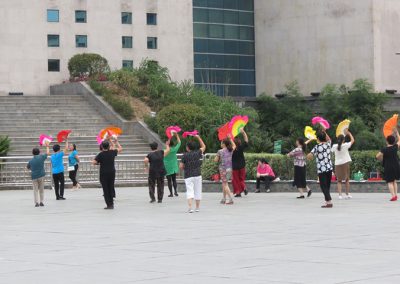 Everyone has a fancy fan for the morning routine. 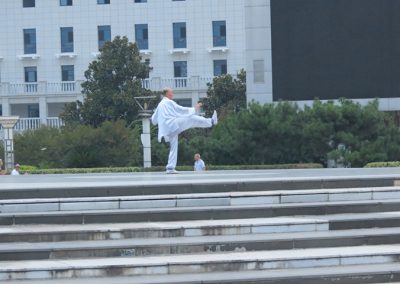 This fellow was out practicing every morning. He was there when we got there and was still at it when we left an hour later. 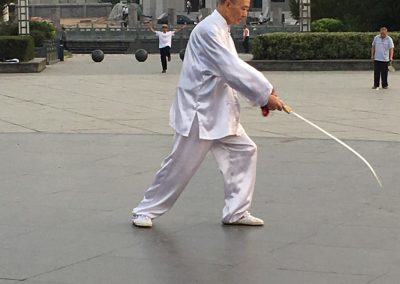 Nice flip. Get that chi from tantien to the tip of the sword! 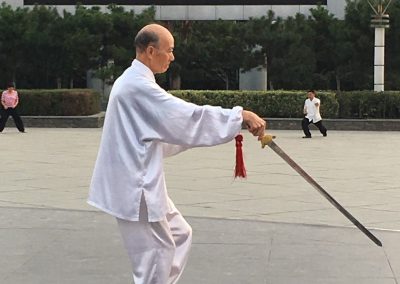 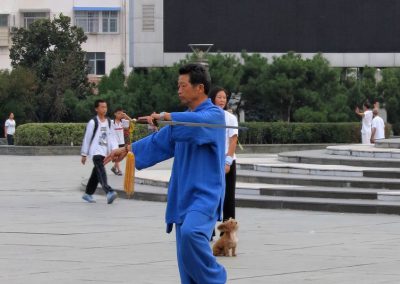 Sword form in the plaza

Sword form in the plaza. (With dog, of course) 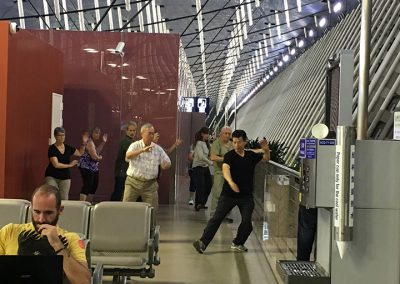 We practiced everywhere! Including in the Shanghai airport while we were waiting for the next flight. 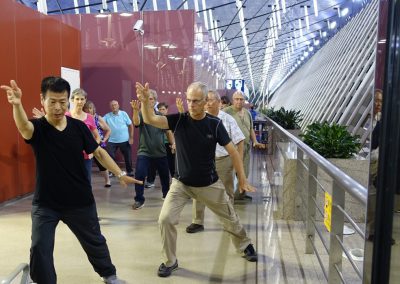 We did just about all the forms we knew in the airport – Yang, Chen and Wu. (It was a four-hour layover)