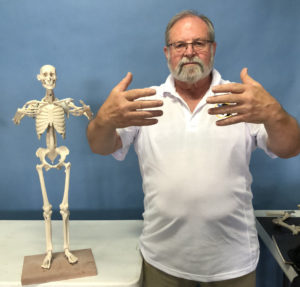 Anatomy in Clay© is the brainchild of Jon Zahourek, who invented the MANIKEN® skeleton model. You learn anatomy by rolling out clay muscles and attaching them to your 30” high model skeleton. In honor of this event, Jon created a model posed in the Tai Chi Standing Meditation stance. The model was immediately named “Stan”

During the first part of the meetup, the assembled group went in to the big open room and tried out several Tai Chi moves, and Jon pointed out which muscles were engaged in that move. As you probably know, Tai Chi eschews using small muscle groups like forearm muscles when it’s possible to achieve the same motion using large, core muscles. John confirmed that this approach is a much more powerful, and economic use of muscle power.

After we all tried out half a dozen Tai Chi moves, we adjourned to the classroom lab where we each got our own model of a shoulder and arm and used the clay to build a rotator cuff. Boy! When you are making your own muscle and you have to thread it up over & through a Clavicle and on to the top of the Humerus, things start making sense about how your arm really moves.

We’re trying to find a slot in Jon’s busy schedule to get him up to Longmont for a similar event. Stay tuned! 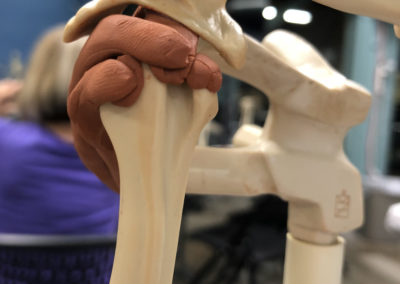 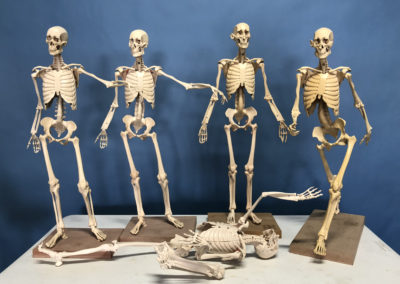 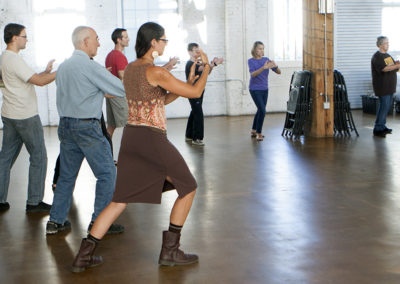 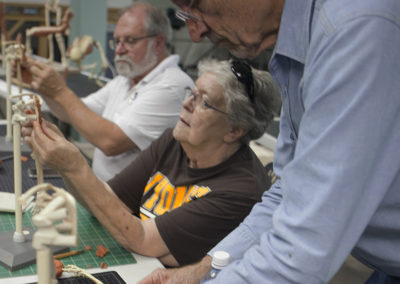 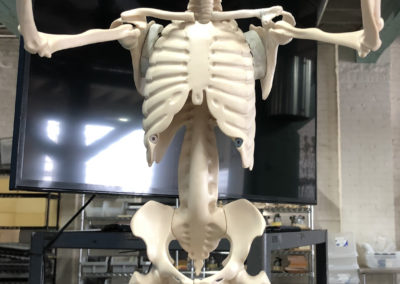 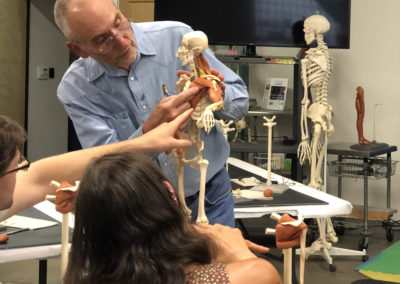